Is the cure worse than the disease? It appears physicians immersed in the midst of it all are seeing it that way. Most compelling was an opinion written by St. Barnabas Hospital Emergency director Daniel G. Murphy MD.  The Bronx New York hospital which serves a lower income community is in the center of the pandemic. Another physician, Scott Atlas MD who is from Stanford has taken to the airwaves advocating an end to the lockdown. We summarize their perspectives as the controversy will likely grow. Both wrote opinions for the New York Post that appeared April 26th and 27th. Dr. Murphy who has been in the ER room every day for the last two weeks described COVID-19 as been the worst health care disaster of his 30-year ­career, because of its intensity, duration and potential for lasting impact.  According to Murphy, "The lasting impact is what worries me the most. And it’s why I now believe we should end the lockdown and rapidly get back to work." His view the the flattening had more to do with the natural course of the outbreak than it did with the lockdown. Below are excerpts from his article.

Primary concern is the meltdown of the health system. 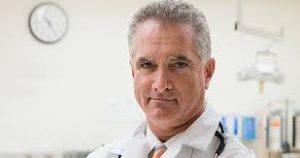 "While the inpatient units remain busy with sick COVID-19 patients, our ER has been quiet for more than a week. We usually average 240 patients a day. For the last week, we averaged fewer than 100. That means our patients in this diverse, low-income community are afraid to come to the ER for non-COVID care." "A large share of those staying home surely have emergency medical and surgical conditions not related to the novel coronavirus. The growing numbers ­dying at home during this crisis must include fatal myocardial infarctions, asthma exacerbations, bacterial infections and strokes. Everyone seems to be avoiding the health system — an important and unfortunate consequence of the stay-at-home strategy.  Dr. Atlas concurs. "The single-minded focus on COVID-19 means other people are dying. Critical medical care isn’t being provided. Millions of Americans have missed critical health care for fear of encountering the disease, and people are dying to make room for “potential” coronavirus patients. He describes a disaster, perhaps worse than COVID is that states and hospitals abruptly stopped “nonessential” procedures and surgery. Treatments for the most serious illnesses, including emergency care, were missed. Some estimate about half of cancer patients deferred chemotherapy. Approximately 80 percent of brain surgery cases were skipped. Perhaps half or more of acute stroke and heart-attack ­patients missed their only chances for early treatment, some dying and many now facing permanent disability. Transplants from living donors are down 85 percent from the same period last year."

Fear of COVID is being over-amplified.

Both physicians feel the the public needs to understand that the vast majority of infected people do quite well. According to Scott W. Atlas MD  Senior Fellow at the Stanford's Hoover Institution, "We know the risk of ­ dying from COVID-19 is far lower than initially thought, and not significant for the overwhelming majority of those infected. 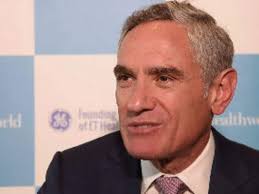 Multiple recent studies from Iceland, Germany, USC, Stanford and New York City all suggest that the fatality rate if infected is likely far lower than early estimates, perhaps under 0.1 to 0.4 percent, i.e., 10 to 40 times lower than estimates that motivated extreme isolation. In the Big Apple, with almost one-third of all US deaths, the rate of death for all people ages 18 to 45 is 0.01 percent, or 13 per 100,000 in the population, one-eightieth of the rate for people age 75 and over.  For people under 18, the rate of death is zero per 100,000." Of 7,959 NYC COVID-19 deaths fully investigated for underlying conditions, 99.2 percent had an underlying illness. Children and young adults in good health have almost no risk of any serious illness from COVID-19, so logic means opening most schools. With sensible precautions and sanitization standards, most workplaces and businesses should reopen.

Both men claim that total isolation prevents broad population immunity and prolongs the problem. According to Atlas, "We know from decades of medical science that infection causes individuals to generate an immune response (antibodies), and the population later develops immunity. Indeed, that is the main purpose of widespread immunization in other viral diseases: to assist with “herd immunity.” For population immunity, it is great news that half of infected people are asymptomatic and that medical care isn’t even necessary for the vast majority of people. That fact has been incorrectly portrayed as an urgent problem requiring mass isolation. On the contrary, infected people are the immediately available vehicle for establishing widespread ­immunity. By transmitting the ­virus to others in lower-risk groups who then generate antibodies, pathways toward the most vulnerable people are blocked, ultimately eradicating the threat." As of last week, Murphy reports that 43 percent of those tested are positive in the Bronx which is developing a significant degree of natural herd immunity. He believes distancing works, but is skeptical that it is playing as predominant a role as many think. According to Murphy, "More testing will better establish the numbers among those with mild illnesses and no symptoms. My professional ­experience tells me the number of infected people will be high. Testing is important work, but it should happen in parallel to the immediate resuscitation of the economy and getting people back to work. At present, the testing is ­ imperfect. We can’t wait months. We must protect the vulnerable and mitigate without destroying the economy."