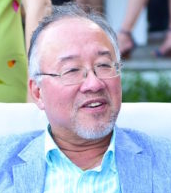 Can you tell us about your current work? I'm currently involved in a company called Mirimus which has the saliva direct test, that's licensed from Yale University.  We do pool testing on virus on saliva samples for COVID. In people, children, especially because they're just requires the ability to spit into a container. What is your background in the field of infectious disease? The pandemic that I'm most familiar with is the HIV. And testing was really, really critical, knowing who had the disease, who, how you could diagnose it. And so it became pretty clear to me that testing a variety of types of testing needed to be done and available. And so many of us were looking around for things like a rapid antibody type tests of some sort, some to way to detect the virus and because we all recognize that the technology of PCR, which is quite revolutionary, itself, it was not necessarily easy to scale. And can you tell us about sort of where the Mirimus test fits into the broader spectrum of tests that are being developed? But the major issue is the invasiveness of doing a nasal swab. And it's fairly invasive, and doing schoolchildren, is going to be more difficult. So when the saliva tests became readily, at least technically feasible, I thought that this could be a good solutions. The saliva test at this point seems to be really, really concordant with patients that actually have COVID or have the early signs of COVID. Do you have a sense about how early the test like the saliva test, or even the PCR test can pick up an asymptomatic patient? Very high. Because you're detecting the presence of the virus in the viral RNA, because the saliva test actually is just a, a modified PCR test. It's done in this case, in pools, on the pools can be anything greater than two. And you are then able to look at groups of individuals without violating some of the HIPAA rules and testing rules that state various states have. How does your test work?