RapidTests.org is an example of how a group of concerned citizens can form to address a critical challenge—in this case the need for rapid tests for COVID-19. The group is attracting highly skilled and informed citizens from across the US who see the potential of an inexpensive, fast self-test to change the direction of the COVID disaster that is destroying the global economy. 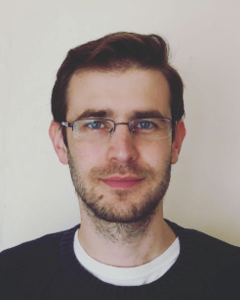 RapidTests.org was founded by Chris Said, a San Francisco data scientist who received his PhD in neuroscience from Princeton University. He has formerly worked at Open-door, Twitter and Facebook.  How did you get the idea for this?  What was the inspiration? I first heard about the idea in Paul Romer’s blog. Paul is a Nobel Prize-winning (2018) economist who has argued that test frequency and turnaround time are far more important than test sensitivity.  When cases started spiking in July and the wait times for PCR got out of control, I decided to build my own speed-vs.-sensitivity model. It became quite clear that speed was vastly more important than sensitivity. By that point, I realized how important this was and decided to form RapidTests.org  I liked that the idea could fundamentally control the pandemic. But I also liked that it was counterintuitive. On the surface, lower-sensitivity rapid tests sound like a bad idea, but they’re actually a good idea. I was worried that we might miss the opportunity because the idea is so counterintuitive.  How did you get it going?   The first version of the website was just a sample letter to public officials, along with links to contact information for senators and representatives.   Since I needed some advisors, I reached out to Dan Larremore and Michael Mina, two authors of a preprint that made the same point as my blog post, but much better than I did. I also added Paul Romer, who has blogged about the subject, and Rochelle Walensky, who has her own paper coming to the exact same conclusion.  The website is now much more expansive, with a pretty comprehensive FAQ and some text message integration to make it easy for people to reach their elected officials.  How active is the group?    Thirty volunteers and I handle the day-to-day operations. I recently asked Michael Mina to become director, and he graciously accepted. His thought leadership has been critical since the beginning. He clearly understands what is at stake and has the credibility and communication skills to drive this.  Why is this important?   Rapid testing can fundamentally control the virus. Easy access to these tests would make a significant impact on reducing the spread.  What is your vision for the organization?   I would like our organization to help make rapid tests easily available for everyone. If used properly, rapid tests can enable people to go [right] back to their school or office.  What do you see as the challenge?   The biggest challenge is getting regulators out of their cautious mindset, which makes sense in normal times, but doesn’t make sense in a pandemic. We need to be able to try new things. We need to move faster than we are. We need to pilot studies out immediately. We need to give manufacturers the confidence they need to produce these tests in mass quantities.  What can we do? What are our core challenges and key tasks?   Regulators have a tough job, but they tend to be risk averse. They are incentivized not to approve something. For them, an error of omission is preferable to an error of commission. So, our role is to give them permission to take this risk. We are in a pandemic, and this is a risk we want to take.  We can do this by asking our senators and representatives to deliver messages to the FDA.  The other part of this is public education. If the general public understands that these tests are not perfect but are a still-powerful tool to help stop the spread of COVID-19, then I think the FDA will be more receptive.  What is the FDA’s concern with these tests?   One common concern is that these tests will give people a false sense of security. The fear is that some people with false negatives might take a lot of risks, thinking they aren’t contagious, when really, they are. I understand the argument, but I don’t think it will be a major issue, especially once people become familiar with these tests.   The same argument was made against masks, with some medical professionals claiming that masks might permit people to take unnecessary risks. But what we actually see is that people still behave fairly cautiously with masks. To the extent that people do take more risks, that’s actually a good thing! Masks allow you to safely do things that you otherwise wouldn’t be able to do. I think the same thing will happen with rapid tests.  What will be the key to success for your group?  Getting regulatory progress.  A month ago, the FDA and HHS were very skeptical of this idea. They now seem to be warming up to it. The approval of the Abbott BinaxNOW is a step in the right direction. But there’s a lot more that needs to be done.  How can we (the public) be helpful?  Public education is critically important, especially creating awareness that speed is more important than sensitivity. I’ve been really happy to see so many people take hold of this idea, but there still are a lot of people who could hear this message.