By learning from a MERS outbreak in 2015, South Korea was prepared and acted swiftly to ramp up testing when the new 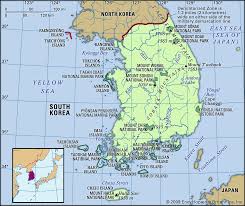 coronavirus appeared there. Meanwhile, the U.S., plagued by delay and dysfunction, wasted its advantage.

In the aftermath of a 2015 outbreak of the Middle East Respiratory Syndrome that killed 38 people and cratered the economy, South Korea took a hard look at what had gone wrong.

Korean officials enacted a key reform, allowing the government to give near-instantaneous approval to testing systems in an emergency. Within weeks of the current outbreak in Wuhan, China, four Korean companies had manufactured tests from a World Health Organization recipe and, as a result, the country quickly had a system that could assess 10,000 people a day.

NOTE: This is a summary of article by published by Propublic March 15th. Full Article

Korea set up drive-through test stations, Health officials initially focused their efforts on members of a secretive megachurch in Daegu with a branch in Wuhan, but they then broadened their reach to Seoul and other major cities. As of Saturday, South Korea had tested more than 248,000 people and identified 8,086 cases.

The contrast to the United States, which tested a few thousand people in the weeks when outbreak was spreading across this country, could not be more stark. Instead template approved by the World Health Organization, the Centers for Disease Control and Prevention set out to create its own test from scratch -plagued by delay and dysfunction that continues to this day.

It means that infected people have wandered through offices, buses, restaurants, emergency rooms and malls, indiscriminately spreading the virus.

Testing vs. Not Testing

Gye Cheol Kwon, the chairman of the Korean Society for Laboratory Medicine, said South Korea’s experiences during the 2015 outbreak prompted the creation of a system for “timely and practical use of unapproved diagnostic products when there were no approved diagnostic tests.”

“With our past experience with MERS,” he wrote in an email, “we found it very important to diagnose people quickly and to prevent spread to the community through isolation of infected people.”

The quick fielding of a widely available test gave South Korea a key advantage. “They used the WHO test, so they had a test that was validated early on. Then, they made a simple decision: Test as many people as possible. They organized themselves to get specimens and then made sure they had a very high throughput in the labs.”

What they did with that data, to contain the disease, could inform a science fiction movie — posted the precise movements (without names) of everyone who tested positive — everything from the seat numbers they occupied in movie theaters to the restaurants where they stopped for lunch. The government obtained the information from cellphone records, credit card receipts and other private data it is authorized to collect in a health emergency. Other Asian democracies have taken comparably intrusive steps in the name of public health. Hong Kong has tracked some high-risk people under quarantine with wristbands.

Kwon acknowledged in his email that the posting of the information was a “double edged sword” that raised public anxiety about where they could safely go. “However, we believed that if the government did not post extensive details about infected people on social media, COVID-19 would have spread even more quickly.”

The remaining portion of article describe various failings throughout the US System with focus on the Administration and the overall system as well.

Estimates range on how many tests the United States, with its population of 329 million, will ultimately need. Many put it at tens of millions in the coming months.

There seems little question that a critical misstep involved the CDC’s opting not to use the earlier test design approved by the WHO.

observers saw a lack of urgency in the White House’s approach to the pandemic the government should have moved swiftly in the early weeks of 2020 when the virus overwhelmed the health care system in Wuhan with an avalanche of untreatable pneumonia cases, much like Korean officials did.

for some time before we realized they had it,” he said, “so we have to realize it’s a vulnerability here.”

Instead the CDC tried to create a more complicated test than the WHO’s that could tell the difference among coronaviruses. “It’s a neat idea if it works, but it smacks of letting the perfect be the enemy of the good,” said Konyndyk, now a senior policy fellow at the Center for Global Development, and a sharp critic of the government’s decision making regarding the virus.

“But that’s CDC’s normal standard operating procedure,” he said. “My impression is that it was less a conscious decision that, ‘We don’t like the WHO test and we don’t want to do it,’ and more just, ‘We’re going to do our own test because that’s how we do it.’