This COVID drama could soon end if we were to get smart on testing. 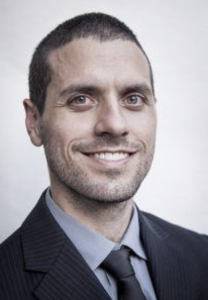 Harvard professor Michael Mina is someone to watch. You will likely be seeing a lot of him in the coming weeks as he seems to have sorted out this COVID testing issue which we to date have complete missed, misunderstood, and bungled. Mina’s presentation is clear, compelling, obvious and simple. We don’t need a highly sensitive test to see who is infected. We need simple test to see who is infectious. His Harvard lab has done the analysis and the argument holds. The irony is that such tests could soon exist, and actually could already be on the market, but except for government. The FDA wanted a higher level of sensitivity on the antigen test - 80%. The MIT scientists had 70%. The reality is that 50% would be fine for tests taken every day.. with results in 15 minutes and before you left for work or school.

We know now that viral load (amount of infection) rapidly rises – a hundred fold - in matter of hours even BEFORE symptoms are showing. At that rate a simple test will pick it up. A highly sensitive test will too, but the results won’t come back until it is too late. The super spreader has hit the streets This is not to diss highly sensitive PCR tests. They are critically important in managing this disease. But not as a public health tool to control spread. They a sports car when a minivan in needed. When people are infectious their viral load is so high that a crummy test is suffice. Mina’s detailed analysis of viral load is brilliantly presented by this short video and interview below.  After about 3 minutes watching it will seem so obvious. It’s embarrassing that it has taken so long to figure this out. But that’s water over the damn. Now what?  We need to start making these tests. Every state should start build a plant to manufacture millions of paper strips and to drive the price down to a $1. We could end this COVID drama by the time snow flies. Not completely, but nearly, with a simple paper antigen test. School would be back in session. Football season in full motion. Restaurants open. Life almost back to normal. If we (you) had the will. It’s not complicated. Government gets out of way. It can happen quickly if the President were to sign an executive order to fully deregulate the COVID testing market. The private sector will deliver.  Our best and brightest are chomping at the bit to solve this problem. Set them free. Let us know if you are interested in supporting this effort. The Virus Project