Current tests for active infection of COVID-19 are given long after the infected person has stopped transmitting making results virtually useless for public-health efforts to contain the pandemic. Harvard professor makes the case that our current approach is all wrong. The vast majority of PCR positive tests we currently collect are finding people for whom we can’t even act because they are done transmitting and that rapid and inexpensive tests even with low sensitivity can better address the challenge. FDA policy is slowing these tests to market.

AT THE MOMENT, THE UNITED STATES has no semblance of public-health testing” for the coronavirus, says Michael Mina, an assistant professor of epidemiology at both Harvard Medical School and the Harvard T.H. Chan School of Public Health. What does Mina—an expert in viral testing protocols—mean by that?

Current tests for active infection with SARS-CoV-2 are highly sensitive—but most are given to suspected COVID-19 patients long after the infected person has stopped transmitting the virus to others. That means the results are virtually useless for public-health efforts to contain the raging pandemic. These PCR (polymerase chain reaction) tests, which amplify viral RNA to detectable levels, are used by physicians, often in hospital settings, to help guide clinical care for individual patients. In general, members of the public have not had access to such tests outside clinical settings, but even if they did, would find them too expensive for frequent use.

“the vast majority of PCR positive tests we currently collect in this country are actually finding people long after they are infectious… The astounding realization is that all we’re doing with all of this testing is clogging up the testing infrastructure,”

Furthermore, such tests detect tiny fragments of viral RNA even after the patient has recovered. Mina says that means “the vast majority of PCR positive tests we currently collect in this country are actually finding people long after they have ceased to be infectious.” In that sense, a positive result can be misleading, because the results can’t be relied on to guide the epidemiological efforts of public-health officials, which are focused on preventing transmission and controlling outbreaks: “The astounding realization is that all we’re doing with all of this testing is clogging up the testing infrastructure,” with results arriving a week or more after tests are administered, “and essentially finding people for whom we can’t even act because they are done transmitting.” In fact the testing backlog is so dire, and so “absolutely horrendously useless as a system for public-health surveillance,” that Mina believes the United States should at the very least throw away the millions and millions of samples that are waiting to be tested—and perhaps even halt the current testing regime and just start over.

Such tests are feasible but they have not made it to the marketplace because their sensitivity is being compared to that of PCR tests.

“We need to change the whole script of what it means to test people,” he says. “In our country, we have always assumed that testing belongs in the clinical sphere, in the diagnostic sphere, and has to be run by laboratories or diagnosticians.  The result is that we have a system for coronavirus testing…which is flailing, with raging outbreaks occurring.” What the country needs instead are rapid tests, widely deployed, so that infectious individuals can be readily self-identified and isolated, breaking the chain of transmission.

To do that, Mina says, everyone must be tested, every couple of days, with $1, paper-based, at-home tests that are as easy to distribute and use as a pregnancy test: wake up in the morning, add saliva or nasal mucous to a tube of chemicals, wait 15 minutes, then dip a paper strip in the tube, and read the results. Such tests are feasible—a tiny company called E25Bio, and another called Sherlock Biosciences (a start-up spun out of Harvard’s Wyss Institute for Biologically Inspired Engineering and the Broad Institute in 2019) can deliver such tests—but they have not made it to the marketplace because their sensitivity is being compared to that of PCR tests. 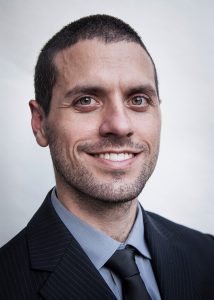 Mina says that is beside the point. “Imagine you are a fire department,” he says, “and you want to make sure that you catch all the fires that are burning so you can put them out. You don’t want a test that’s going to detect every time somebody lights a match in their house—that would be crazy: you’d be driving everywhere and having absolutely no effect. You want a test that can detect every time somebody is walking the streets with a flame-thrower.”

FOR PUBLIC-HEALTH PURPOSES, speed and frequency of testing are vastly more important than sensitivity: the best test would actually be less sensitive than a PCR test. As Mina explains, when a person first becomes infected, there will be an incubationperiod  when no test will reveal the infection, because the viral loads are so low. About “three to five days later, the PCR test will turn positive, and once that happens the virus is reproducing exponentially in a very predictable fashion.” At that point, critically, “even if a rapid test is 1,000 times less sensitive than a PCR test,” Mina says, the virus is increasing so rapidly that the test “will probably turn positive within eight to 15 or 24 hours. So the real window of time that we’re discussing here—the difference in sensitivity that makes people uncomfortable”—is so small that public-health officers would be missing very few asymptomatic people taking the test in that narrow window of time. Given that the current testing frequency in most states, using highly sensitive but expensive and delayed PCR tests, is not even once a month, he points out—“Really, it’s never.”

FOR PUBLIC-HEALTH PURPOSES, speed and frequency of testing are vastly more important than sensitivity: the best test would actually be less sensitive than a PCR test.

So even though a saliva-based paper test wouldn’t register a positive result for as long as a half or even a full day after the PCR test, it would have great value in identifying pockets of infection that might otherwise be undetected altogether.

The strength of this system is that it would actually abrogate the need for contact tracing, says Mina. “If your goal is not to have a heavy hand over the population” (implementing onerous public-health restrictions on businesses and recreational activity), this is the way to do it, he explains, because it strips away “all of that complexity.” Most people who test positive will have done so before they become infectious, and can easily self-quarantine for the six days or so until they cease being infectious. Even if some people don’t quarantine, and the test cuts off just 90 percent of all the infections that might spread, “you’d immediately bring the population prevalence of the disease to very low numbers, to the point where all of a sudden society would start to look safe again.”

Cheaper tests have not materialized, largely because of regulatory risk, as manufacturers cannot meet Food and Drug Administration (FDA) templates for test sensitivity that use PCR as the standard.

MINA HAS BEEN PREDICTING the advent of more widely available, cheaper tests for months. But those tests have not materialized, largely because of regulatory risk, he says: manufacturers cannot meet Food and Drug Administration (FDA) templates for test sensitivity that use PCR as the standard. The FDA—whose approval process is stringent because it is designed to test the efficacy of clinical diagnostics—has no jurisdiction over public-health testing. But at the moment, there is no alternative regulatory process for tests designed to ensure population-level wellness—such as a certification program that might be run through the Centers for Disease Control (CDC), the agency charged with safeguarding the public health.

“It is time to stop allowing diagnostic definitions to get in the way of absolutely essential public-health interventions,” says Mina, for whom explaining the distinction between the two types of test, and the different ways they can be used, has been an uphill battle. But it is one that he desperately hopes to win—and that the country needs him to win—for public-health measures to stand a chance of reining in the outbreak as schools and other institutions move toward reopening this fall.

The U.S. government has spent billions of dollars supporting attempts to develop vaccines and therapeutics. “Developing a good vaccine is very difficult to do,” he points out. “It’s a crapshoot that may or may not work. We’re putting billions more into developing therapeutics [treatments for COVID-19]which is really, really difficult.” With rapid testing, by contrast, “We have solutions, sitting in front of us right now, that are cheaper, would be much quicker to build, and much less risky to actually introduce and roll out. And the only thing standing in the way is that there just doesn’t seem to be the will to bring a public-health tool to market.”

The current cheap testing regimens were developed by just a handful of researchers, he says. “Imagine if the federal government just took over…to create an all-star team of diagnosticians centered around one of these technologies,” or even charged them with creating something brand new. “And then said, ‘We’re going to put billions of dollars into this, and it will allow us to stop the raging outbreaks that are burning in half the country right now. And we’ll do it in the next three weeks.’ That, to me, seems like a no-brainer: it takes the pressure off of needing a vaccine; it stops people from dying; it stops the virus from getting into schools and nursing homes—the moment population prevalence has been brought under control.”