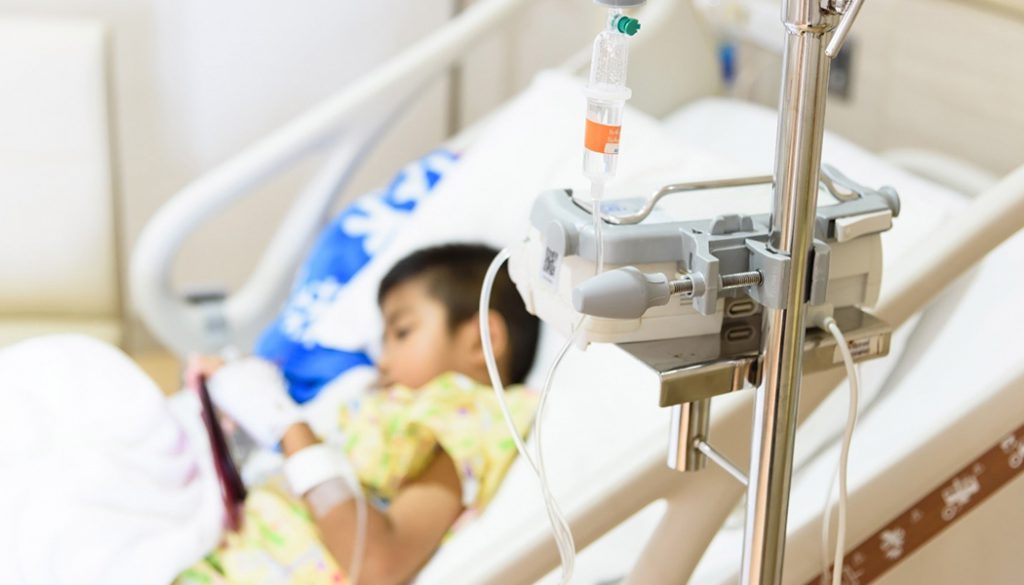 Ask any parent about their child fighting cancer and words like “nightmare” and “helpless” will almost certainly be part of the conversation. Within pediatric cancer medicine, the entire field faces the brutal reality that chemotherapy, surgery and most other cancer treatments are not designed for children.

This can be somewhat understandable, since cancer is predominantly an adult disease. There are more than 100 kinds of cancer, yet the American Cancer Society lists just eight as common among children.

Yet pediatricians cannot, on the fly, convert adult therapies to use for child patients. Use too little of an adult drug on a child and there is the strong possibility the drug simply won’t work, and using too much can cause severe complications.

“You can’t always just take drugs off the shelf that have been developed for adult brain tumors and expect them to work in children,” said Professor Richard Gilbertson of the Cancer Research UK Cambridge Centre in 2018. “You can’t set out with that assumption.”

Pediatric cancer is littered with instances where the cure is often only slightly less worse than the disease. Side effects are a necessary evil of chemotherapies — such as fatigue, nausea, mouth ulcers, and hair loss — but the situation is more complex when the patient is a child.

While it is tempting to view pediatric cancer as a “young version” of an adult cancer, nothing could be further from the truth. Childhood brain tumors are biologically different from their adult counterparts, for example. And the implications of treatment can linger long after the cancer has been cured. Instances of chemotherapy-related vision loss, thyroid problems, delayed teeth growth and delayed (or precocious) puberty are frequent. Stunted growth is so prevalent overall that survivors of childhood cancer have to take growth hormones as a result of their chemotherapy treatment.

Individual drugs also have their drawbacks. Heralded as a major step in the fight against cancer, the drug cisplatin rightly received a lot of attention when introduced in the late 1970’s; and while intended for adults, it was quickly applied in pediatric cases. Unfortunately, it left 60 percent of children who took the drug with hearing loss. Doctors in the United Kingdom recently discovered that when combined with sodium thiosulphate, a drug more commonly used in cases of cyanide poisoning, cisplatin no longer damaged the cells of a child’s inner ear.

In other words, the unique environment of childhood cancer is getting a much-needed boost in the form of increased research and development producing real results. In 2015, final results from a phase III randomized clinical trial showed that addition of the drug aprepitant, with or without dexamethasone, is effective for the prevention of chemotherapy-induced nausea and vomiting in pediatric patients. Approximately half the patients in the trial who received both drugs experienced no nausea or related issues in the five days following chemotherapy, compared with approximately one-quarter of patients who only received ondansetron.

“Aprepitant was approved in 2003 for the prevention of nausea and vomiting with highly emetogenic chemotherapy for patients aged 14 and older, but until now pediatric oncologists only had retrospective reports and anecdotes to guide pediatric dosing,” said Melinda Merchant, M.D., PhD, clinical director of the National Cancer Institute’s Pediatric Oncology Branch. This trial, she continued, “provides strong evidence for the addition of aprepitant to current pediatric anti-emetic regimens and guidance on the dosing for adolescents and children.”

To help prevent and treat infections that result from low white blood cell counts associated with leukemia and its treatments, doctors at Memorial Sloan Kettering Cancer Center ensure patients are appropriately treated with antibiotics. Hospital researchers also discovered a therapy for severely low levels of one type of white blood cell that reduces the risk of infection. The therapy, called granulocyte colony-stimulating factor (GCSF), is now being used around the world.

Another discovery is the use of a cancer-targeting virus to combat retinoblastoma, a fatal pediatric cancer of the eye if left untreated. Although still in the mouse-model stage, researchers are optimistic, considering the standard treatment of chemotherapy can lead to blindness or necessitate the removal of one or both eyes.

Pediatric cancer is not adult cancer, just as children are not adults. Oncology is coming around to the reality of the situation.