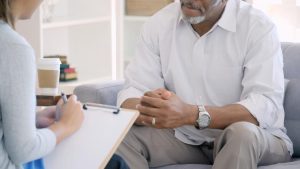 Clinical recommendations on who should be screened for lung cancer are based largely on how long a person smoked and the number of cigarettes they smoked. But current recommendations may need to be reviewed when it comes to African Americans who smoke, a new study suggests.

The findings were reported June 27 in JAMA Oncology.

But these race-related differences in risk and smoking behaviors aren’t accounted for in current lung cancer screening recommendations, Dr. Aldrich said. According to those recommendations, screening is appropriate for those aged 55 to 80 years with a 30 pack-year smoking history who are still smoking or who quit within the last 15 years.

The study wasn’t designed to measure whether increasing the number of African American smokers recommended for screening would reduce the number of deaths from lung cancer. It also couldn’t measure how changing the criteria might shift the balance of the benefits and harms of screening in African Americans, cautioned Jennifer Croswell, M.D., M.P.H., of NCI’s Healthcare Delivery Research Program, who was not involved with the study.

But, she added, “this study raises an important question about lung cancer screening that’s worth further investigation: Is it being applied in the United States in a manner that best ensures optimal and equitable use?”

After the National Lung Screening Trial

In 2011, results from the NCI-sponsored National Lung Screening Trial (NLST) showed that, among current or former heavy smokers, annual screening with low-dose CT scans reduced the risk of dying from lung cancer by about 15%–20% compared with chest X-rays.

NLST enrolled people aged 55 to 74 with a history of at least 30 pack-years of smoking. In the USPSTF lung cancer screening recommendations, issued in 2013, the target population closely resembled the NLST participants.

Studies have shown that African American smokers are diagnosed at a younger age on average than white smokers. They also have a higher risk of developing lung cancer with fewer pack years of smoking than white smokers and are less likely to quit successfully.

The higher lung cancer risk has been attributed, in part, to differences in smoking behaviors. African Americans, for example, tend to smoke each cigarette longer, increasing their potential exposure to the toxic components in tobacco smoke. Studies have also suggested that there are differences in how African Americans metabolize these toxic components.

“Overall, it tends to be very difficult to recruit underrepresented minority populations into research studies,” explained study investigator Kim Sandler, M.D., a radiologist at Vanderbilt University Medical Center. And without sufficient representation in trials, Dr. Sandler added, it’s difficult to evaluate differences in the performance of screening in different populations.

The new findings come from the NCI-supported Southern Community Cohort Study(SCCS), which was launched in 2002 to improve the understanding of health disparities in underserved populations in the American South. It has enrolled over 84,000 participants, almost two-thirds of them African Americans, from more than 70 community health centers in 12 southern states.

Participants had no history of cancer except for nonmelanoma skin cancer within the year prior to enrollment. The study cohort includes more than 32,000 African American and almost 16,000 white current or former smokers. All participants were followed through 2014 for incidence of lung cancer.

As has been seen in previous studies of lung cancer disparities, a greater percentage of African Americans than whites in the SCCS were current smokers (63% versus 53%). However, the African American smokers had fewer pack-years of smoking at the start of the study compared with white smokers (17.5 versus 32.0), and they smoked fewer cigarettes per day.

The African American smokers diagnosed with lung cancer also tended to be younger, with a median age at diagnosis of 59, compared with 64 for the white smokers.

All of these factors combined mean that far fewer African American smokers would have been eligible for screening based on the USPSTF criteria, Dr. Aldrich and her colleagues wrote.

Many Barriers to Equitable Outcomes

By changing the age and smoking criteria for African Americans, screening could potentially pick up equivalent numbers of lung cancers in African American and white smokers, Dr. Aldrich said.

Other recent studies have also suggested the possibility that the criteria may need to be expanded to former smokersExit Disclaimer who are younger or who have less exposure to tobacco over their lifetime than the NLST participants.

But meeting the criteria for screening is only one hurdle facing underserved populations such as SCCS participants, she explained.

“For example, the distance to accredited screening facilities is greater in this region,” she said. And people who are uninsured or underinsured may have concerns about costs, she added.

Indeed, financial concerns are a major barrier to people getting screened for lung cancer, agreed Ronald Myers, Ph.D., who studies health disparities at Thomas Jefferson University and was not involved with the SCCS study.

“Issues associated with cost do affect screening rates because patients are often not clear about whether screening is paid for and because of concerns about downstream medical costs,” Dr. Myers said.

An additional complication in community clinics is determining eligibility for screening, Dr. Myers explained. Calculating pack-years of smoking correctly for current and former smokers, he said, “is labor-intensive and can be a confusing process.”

Because this task is often left to overtaxed primary care doctors and is not centralized within the health care system, [it]“may not be done accurately and is often not recorded in the medical record,” he added. “So, many people who are at risk for lung cancer and are eligible for screening are not identified and are not referred for screening.”

And if the recommended screening pool is going to be expanded in any way, studies need to continue to assess and find ways to mitigate any unanticipated effects, she added. For example, as lung cancer screening has moved from the controlled environment of clinical trials into the community, researchers are studying how that may influence the risk of complications from follow-up procedures.

But recent studies have also shown that screening might prevent even more lung cancer deaths than was seen in the NLST, added Dr. Sandler.

There are a lot of barriers preventing people from getting screened for lung cancer, “and that’s unfortunate, because it’s an effective modality for improving life expectancy,” said Dr. Aldrich. “We think it’s time to start thinking about how we can reach more people with it.”