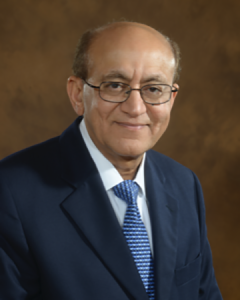 A new combination of two standing drugs and radiation therapy has the potential to revolutionize the treatment and care of pancreatic cancer, one of the most lethal diagnoses an oncologist can face with patients. Using data from studies by NFCR fellow Dr. Rakesh Jain, investigators at Massachusetts General Hospital used the popular hypertension drug losartan to augment the efficacy of the chemotherapy drug FOLFIRANOX (FFX). Currently in Phase II clinical trial (of three), the treatment is already generating enthusiasm in the oncological community as an effective tool against a cancer that has become synonymous with a death sentence.

“Around 40 percent of pancreatic cancer patients have either locally advanced or borderline resectable disease, with historically poor rates of successful surgery,” said Janet Murphy, MD, MPH, of the Hematology/Oncology division of the MGH Department of Medicine, co-lead and corresponding author of the report in JAMA Oncology. “To be able to successfully remove the primary tumor in 61 percent of patients sets a new benchmark and offers much hope.”

In normal tissue the “schematics” of blood vessels is regular and orderly. Those of a tumor are practically at random, leaving some parts of the tumor relatively isolated from blood flow and any drugs in the blood as well. The drugs work, ironically, by improving blood supply to the tumor.

“But if you add losartan, a hypertensive drug, it opens up the blood vessels and drugs get in and work much better,” explained Jain. “That’s what my colleagues did. And guess what? About 90 percent of the tumors became resectable; they moved from Stage 2 to Stage 1.”

After completing the chemoradiotherapy stage, 34 of the 49 of the clinical trial participants were able to have their tumors removed, with 30 of those procedures successfully eliminating all evidence of cancer around the tumor. Three patients experienced a pathologic complete response, signifying that no tumor was found anywhere. Analysis of circulating biomarkers throughout the course of the study found significant drops in the expression of TGF-β, a key element in the angiotensin-signaling pathway, indicating that losartan was having its desired effect.

“Locally advanced pancreatic cancer has been generally considered an incurable disease, so these results mark a dramatic improvement with respect both to rates of conversion to surgical resectability and to long-term disease outcomes. Based on these results we have launched a new, multi-institutional clinical trial that will also include the immunotherapy drug nivolumab, since losartan treatment has also been shown to activate several immune system pathways,” Jennifer Wo, co-leading author of the MGH Department of Radiation Oncology, added.

Per medical protocol, the FFX-losartan-radiation combination must still enter a third phase trial, but Jain, who calls the current Phase II trial a “home run,” is confident this last hurdle will pass relatively quickly, helped in part by the fact that FFX, losartan, and radiation therapy are already approved by the FDA on their own.

“This is a new benchmark and offers much hope,” he said.