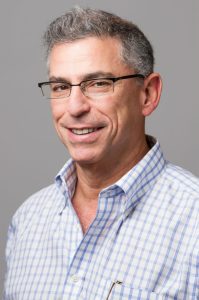 What was the rationale for testing finasteride as a way to prevent prostate cancer? Finasteride blocks the activity of an enzyme called 5-alpha reductase. This enzyme converts the hormone testosterone into dihydrotestosterone, which is the most potent androgen in the prostate. Interestingly, men born with a deficiency of 5-alpha reductase, a rare genetic condition, have undetectable levels of PSA and do not get prostate cancer. So, it made sense that finasteride, already approved for the treatment of male pattern baldness and benign prostatic hyperplasia (BPH), might also reduce the risk of developing prostate cancer. There was a 25% relative reduction in prostate cancer risk in PCPT. Were you surprised by the large reduction? The finding that finasteride decreased the 7-year period prevalence of prostate cancer by 25% was actually very much in-line with our expectations. A more surprising finding was the unexpectedly high overall prevalence of prostate cancer, which was about 25% in men in the placebo group and about 18% in men receiving finasteride. This was due to two factors. First, all men in the trial underwent annual PSA screening. And, second, about one-third of study participants agreed to have a research biopsy performed at the end of the 7-year study despite having had PSA scores on their annual screens that were consistently below 4 ng/dl, which is the usual PSA threshold for recommending a prostate biopsy. In fact, these end-of-study biopsies accounted for about half of all the prostate cancers diagnosed in the PCPT. This observation, in particular, provides important insight into the problem of overdiagnosis, which refers to the diagnosis of prostate cancers not destined to become clinically evident during a man’s lifetime. What about the increased risk of high-grade cancer finding? Does the January 2019 study on prostate cancer-specific survival end the debate about that finding? You are referring to the fact that, despite nearly 20 years of follow-up, we did not see an increase in prostate cancer mortality among men who took finasteride. Due to the relatively small number of men who died from prostate cancer on both study arms, these findings probably won’t end the debate. But I feel they go a long way toward alleviating concerns regarding the potential of this drug to increase the risk of lethal prostate cancer. So how do you explain the increased risk of high-grade disease reported in 2003? There are two mechanisms by which we believe finasteride enhances the detection of high-grade cancer on prostate biopsy. First, finasteride is known to decrease the size of the prostate gland by about 25%. When you biopsy a smaller gland, you are more likely to sample an area of cancer—or high-grade cancer—with your biopsy needle, compared to doing the same biopsy in a larger gland. Second, as we showed in another analysis of the PCPT, finasteride improves the sensitivity of the PSA test for the detection of overall and high-grade prostate cancer. Because the decision to perform prostate biopsies during the study was based on PSA levels, this may have contributed to increased detection of prostate cancer, in general, and high-grade prostate cancer, in particular, among men receiving finasteride. Due to the effects of this drug on gland size and PSA performance, it seems quite likely that the PCPT not only overestimated the harm of finasteride in terms of the observed increase in high-grade cancer, but may have underestimated the benefit of finasteride in terms of the amount of reduction in prostate cancer risk. Moving forward, is there a role for finasteride in the context of prostate cancer prevention? Although finasteride is not FDA-approved for prostate cancer prevention it is approved for the treatment of urinary symptoms due to benign prostatic hyperplasia (BPH). And while BPH does not appear to be a risk factor for prostate cancer, finasteride is a reasonable choice for the treatment of BPH in that it may decrease a man’s risk of developing prostate cancer while improving urinary symptoms due to BPH. It is important to note that finasteride can have side effects, including sexual side effects. In the PCPT, we saw a small, but statistically significant increase in these side effects. There have also been reports of an increased incidence of depression associated with finasteride. So, the potential risks, as well as the benefits, of finasteride should be part of the conversation about its use. Source: National Cancer Institute