The UK’s Daily Mail report on the origins of the Coronavirus, doesn’t look so good for China. Entitled: Wuhan doctor who went public over spread of coronavirus ‘goes missing’ gives a compelling presentation of the attempt to bury the story. If ever there was lesson to be learned, this was it. Transparency is critical to saving lives. 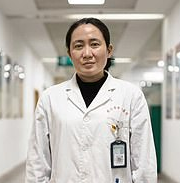 The doctor, Dr Ai Fen, who identified the disease back in December and brought it to the attention of colleagues was severely reprimanded. The story provides a summary and timeline of how the Chinese Authorities knew this was happening but worked to cover it up, enabling 5 million to travel out of the city. The two doctors who worked with Dr. Wi died from the virus, as did the head of the hospital. Estimates are that 10x the number of deaths occurred than were reported. An estimated 42,000 based on cremation Urns and boxes purchased by morgues. A compelling argument of a political system that cannot be trusted. No one believes anything they say. A complete loss of credibility.

To summarize. Selected passages: “China has lied and covered up key information during virtually every stage of its coronavirus response – from the initial outbreak to the number of cases and deaths, and is still not telling the truth, observers, experts and politicians have warned.

“Beijing initially tried to cover up the virus by punishing medics who discovered it, denying it could spread person-to-person and delaying a lockdown of affected regions – meaning early opportunities to control the spread were lost.”

“Then, once the virus began spreading, the Communist Party began censoring public information about it and spread disinformation overseas – including suggesting that US troops could have been the initial carriers.”

How could this be avoided. Realizing that governments may not be trusted, notification of an international body outside the influence of politics is needed. The moment there is an outbreak outside attention and resources must be mobilized to focus on the issue such that political interests can’t coverup.

Official channels are largely corrupt. There little trust between governments, and governments themselves cannot be trusted. The only hope is for scientists themselves to connect via a private communications platform such that resources can be mobilized if a physician or clinician on the front lines spots a pandemic.