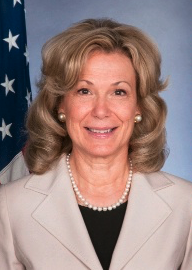 Deborah Birx, the Trump administration’s coronavirus coordinator, has gotten the message. The nation has entered a “new phase,” Dr. Birx said on Sunday. “What we are seeing today is different from March and April—it is extraordinarily widespread.” The American people have reached the same conclusion. In an NPR/Ipsos poll released on Tuesday, two-thirds of respondents said that the United States was responding worse to Covid-19 than other countries. More than 8 in 10 supported aggressive new measures by the federal government, including expanded testing. In March, President Trump rightly labeled the fight against the pandemic a “war.” But we are losing this war. By one estimate, more than 400,000 Americans are infected each day. Only about 60,000 are detected through tests. Many of the rest are asymptomatic and can infect others, risking an exponential spread of the disease. After falling in the late spring, the daily death toll is rising again. We have relied on poorly coordinated efforts among 50 states and thousands of local jurisdictions to solve a national problem. No one is ensuring the nationwide availability of testing supplies. Many states lack adequate testing capacity, resulting in delays that render the results useless. Outbreaks in each state have been traced to other states, distant and contiguous. The virus does not respect borders.

To win this war, it must be fought the way the U.S. has fought other wars—as a united nation. The president must lead the fight, and every battle starts with a plan

To win this war, it must be fought the way the U.S. has fought other wars—as a united nation. The president must lead the fight, and every battle starts with a plan. Here is the best plan I have heard so far, from scientists and business leaders brought together by No Labels, a bipartisan organization that I helped found. The national goal should be testing every American once a week for four weeks. Those who test positive should quarantine for 10 to 14 days until they are no longer infectious. Americans and others arriving from abroad should be required to submit to the same testing and quarantine. Those who test negative could return to work, send children back to school, eat at restaurants, and attend events. They could do so with the confidence that everyone else at these places had tested negative. By the fall we could be on our way to snuffing out the pandemic in the U.S., saving lives and reopening the economy and society.

Broad Institute of MIT and Harvard was launched in 2004

There’s a model for this idea. In March, the Broad Institute of Harvard and MIT converted its lab into a Covid-19 testing facility that can perform 700,000 tests a week and in theory could do five times as many using pooled testing. This facility uses off-the-shelf, interchangeable instruments and supplies. It has a 15-hour turnaround time from receipt of a sample to notification of results, at a cost of $20 to $30 a test. It was converted from an existing lab in two weeks. To reach scale, we would need to convert between 100 and 500 existing university or pharmaceutical-company labs to testing facilities. Each would require approximately 10,000 square feet of lab space, $10 million in equipment, and 200 employees working in shifts. The testing strategy would begin with a shallow nasal swab that, unlike the much-feared deep nasal swab, is painless and easy to administer. It would be conducted in a nationwide network, including pharmacies, other retailers and doctor’s offices. After the swabs are placed in bar-coded tubes, their shipment to testing centers would be coordinated by the National Guard in partnership with private airlines and shipping companies. After tests are completed, results would be sent in coded form, electronically whenever possible, to the individuals tested. The cost of this unprecedented effort is difficult to estimate, but some line items are clear. Setting up the centers would cost between $1 billion and $5 billion. Each of the four rounds of weekly tests would cost an additional $6 billion to $9 billion. Transport costs would be negotiated with private shipping companies, with an additional allocation for the Defense Department. Some provision for information systems would be needed as well.

Only Washington can provide the funding, leadership, coordination and legal architecture this plan would require.

It would call on America to summon the spirit we displayed at the outset of World War II. The alternative is waiting for a safe and effective vaccine to become widely available in the U.S. Meanwhile, social life will be disrupted, many schools won’t reopen, and the economy will be hobbled. A national war against this insidious disease is the better course. Full story: https://www.wsj.com/amp/articles/test-every-american-for-covid-19-11596582339 Author: William A. Galston, Politics and Ideas Columnist  Publisher: The Wall Street Journal Published: Aug 4th, 2020